Inquiry to gallery
Back to list
This image makes the viewer stand in the present and look back at the past through a series of windows - the physical image in the gallery, the gold frame in the image and the window to the outside within the image. Its title "In betweenity" refers in this image to the probable sentiment of a woman who grew up in Trinidad of colonial descent, lived a lavish life, lost a lavish island life and now feels somewhat lost in terms of identity and belongingness. The person in the image is torn between two worlds. The mask being worn is reminiscent of that sense of loss and estrangement as we have felt during COVID-19, a time when we had deep reflections about self and identity. In the window of the room stands the statue of Colombus tied up with tape as seen in downtown Port of Spain. An historical symbol rejected. Together the imagery creates the sense of "in betweenity" emerges.
Formulario enviado 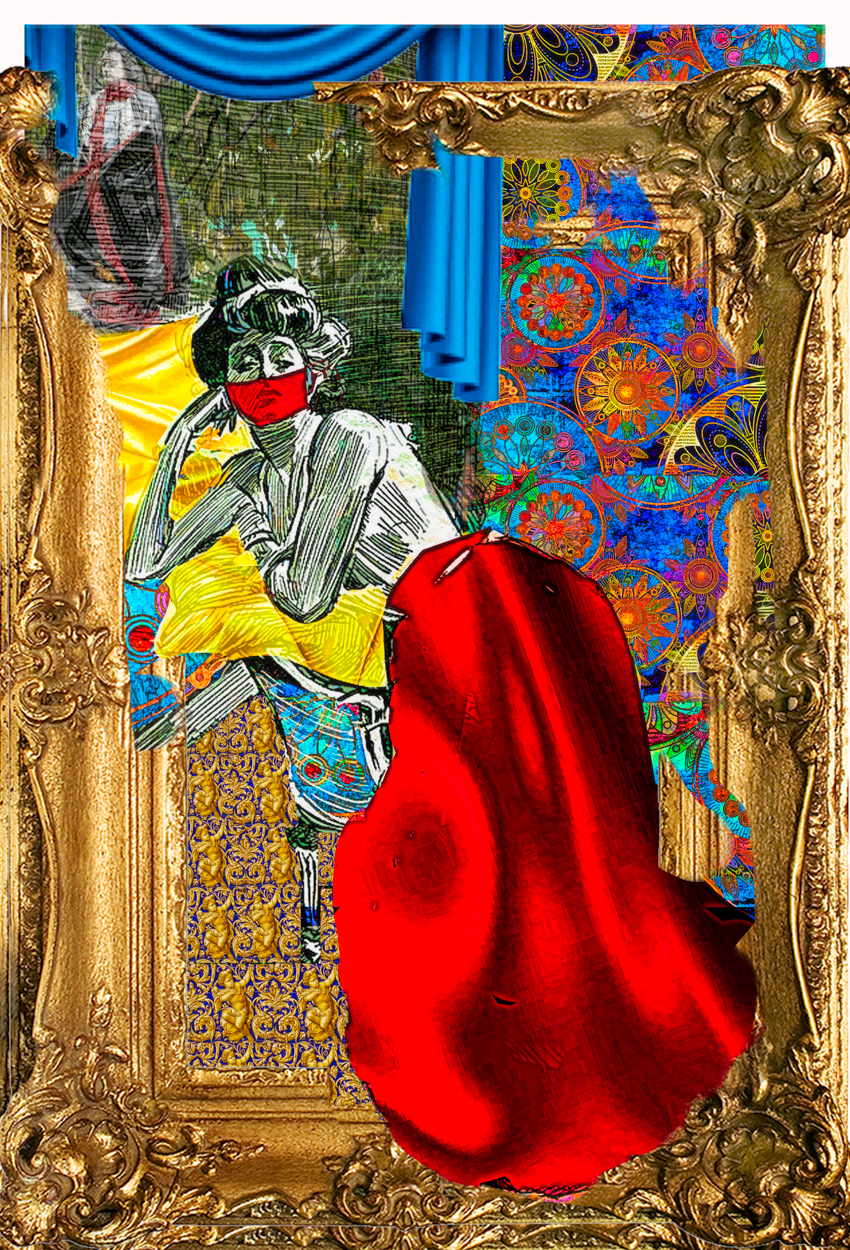